How to Create and Restore System Image Backup on Windows 10?

This article will tell you how to backup Window 10 to an external media (USB drive, additional HDD/SSD or shared network folder) using built-in system image backup tools, and how to properly restore the system from this image. Windows System Image Backup includes a complete OS image, system and user partitions with all installed programs, settings and personal user data.

Contents:
In this article, we’ll use the default System Image Backup tool to save your Windows image. And although Microsoft stopped developing it long ago, its features are enough for our task.

How to Create a Windows 10 System Image Using Wbadmin?

To make a system image backup, you can use the command prompt tool wbadmin.exe. Connect an external disk or USB flash drive to your computer, to which we will save the Windows 10 image.

Start the PowerShell console as an administrator.

Note. To backup a system image using Wbadmin.exe, you have to be a member of the local Backup Operators or Administrators groups.

If you need to include in the backup not only the system partition on which Windows 10 is installed, but also other partitions, use the following command:

In case, you have to save the system image to a shared network folder, you need to specify the UNC path (your account must have NTFS write permissions on this folder):

If you want to add specific directories to the backup, specify them like this:

It will take some time to create a Windows image backup, depending on how much data is on the source drives.

Volume Shadow Copy (VSS) service is used to create a system image backup. This means you can continue to use Windows while the backup is in progress. 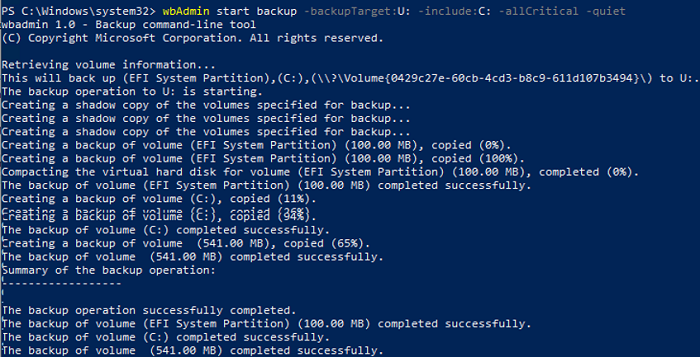 As you can see, not only the system partition was included in the image backup, but also the EFI and System Reserved partitions.

System Image Backup supports both full and incremental backups (i.e. only the changed blocks are added to the backup image).

When wbAdmin utility completes its task, WindowsImageBackup directory containing the system image will appear in the root of the target drive. It contains your system and data partitions in the VHDX file format. If necessary, you can manually mount these VHDX disks and access their contents.

Note that a UAC prompt appears when accessing the WindowsImageBackup folder. If you don’t want UAC to change NTFS permissions on this directory, run the File Explorer in elevated mode. 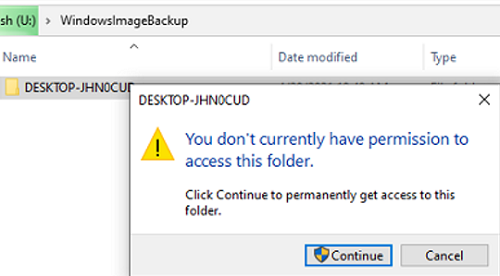 You can also backup your Windows 10 image from the Windows 10 GUI. This feature is available through the Control Panel (Control Panel\System and Security\File History). Click on the System Image Backup button in the bottom left corner. 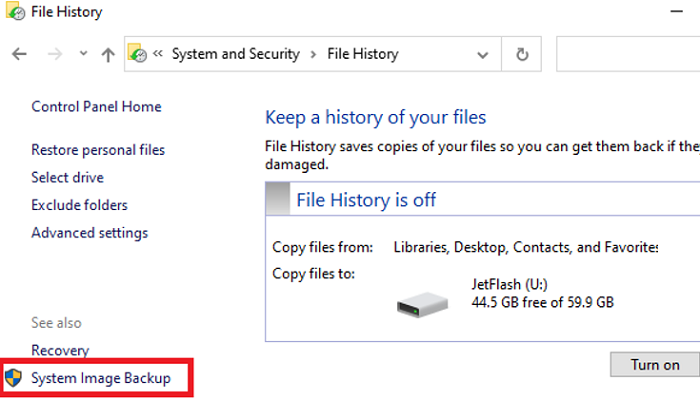 In the next window, click Setup backup and specify the drive where you want to save the Windows image. 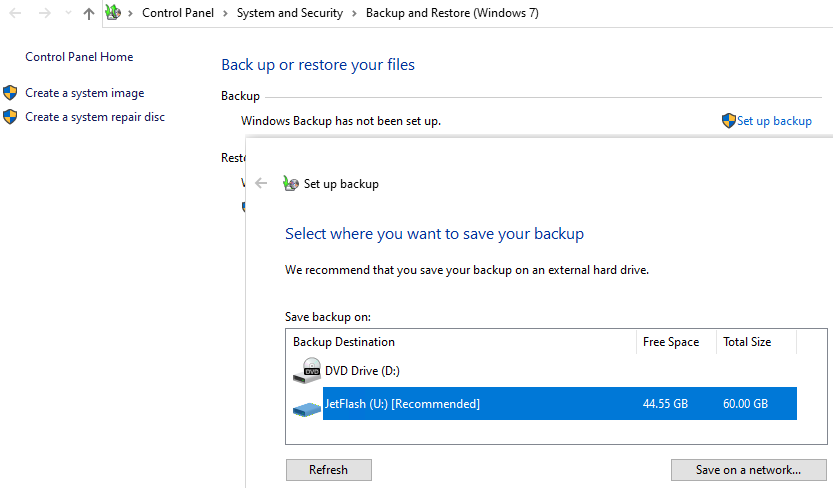 Select the drives you want to back up. Make sure that the “Include a system image of drives: EFI System Partition, C:, Windows Recovery Environment” option is checked. 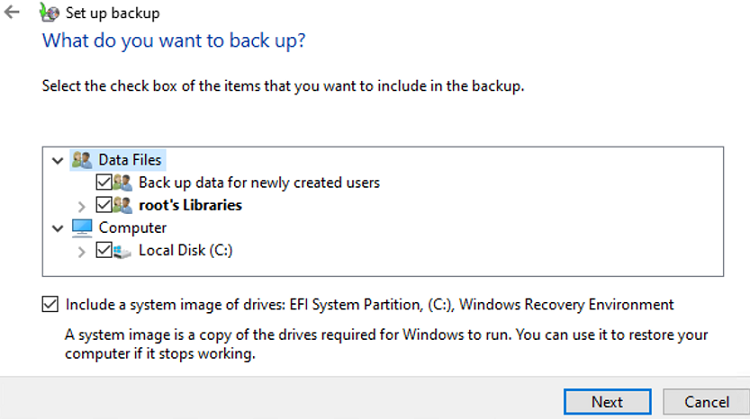 Then you can configure an automatic backup schedule.

To start the backup, click Save settings and run backup. 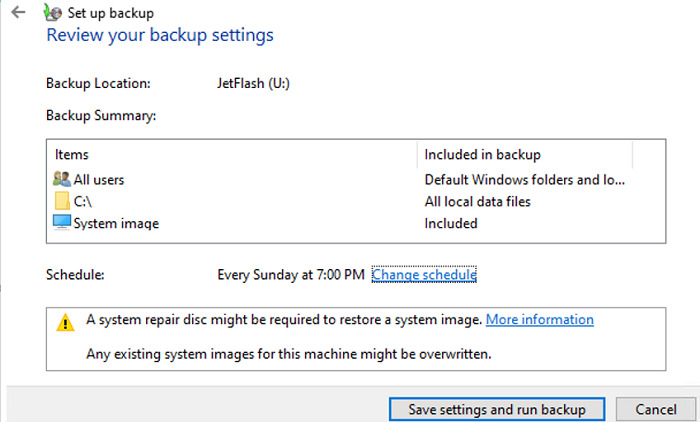 You can check the current backup status in the Control Panel. 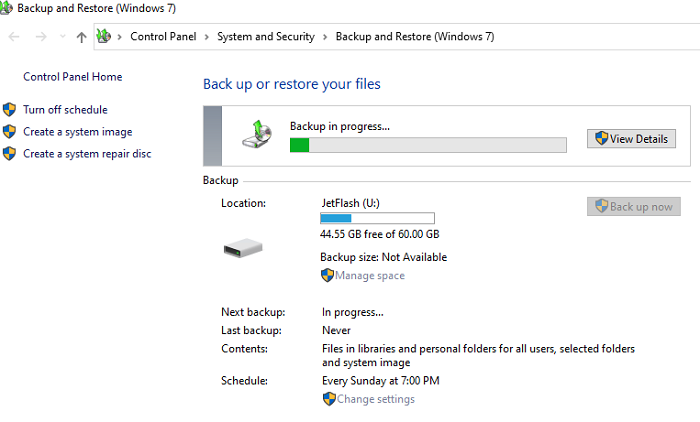 In this case, we have 2 backups. To list the items stored in a specific backup, specify its Version identifier:

To delete all backups except the last three, run:

To remove only the oldest image backup version:

Earlier, we showed how to use wbadmin to backup Hyper-V virtual machines.

How to Restore Windows 10 from a System Image Backup?

To restore Windows 10 from a previously created system image backup, you will need:

Boot from an installation/boot disk. 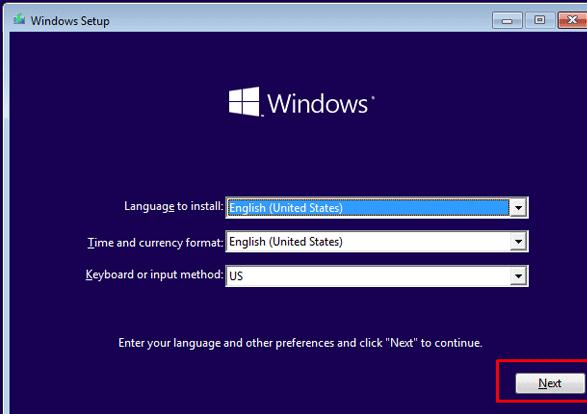 Click Repair your computer button in the bottom left corner. 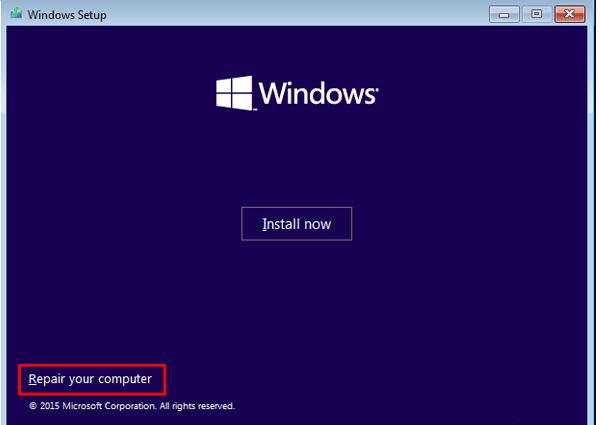 After that, go to Troubleshoot -> Advanced Options -> System Image Recovery. 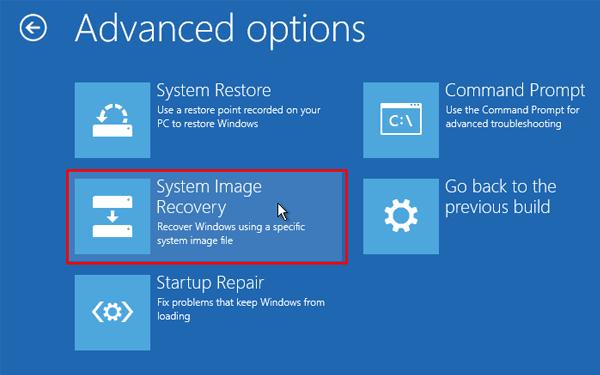 The recovery wizard will scan the connected drives and find a list of previously created backups. You can restore the latest image, or choose an earlier one. 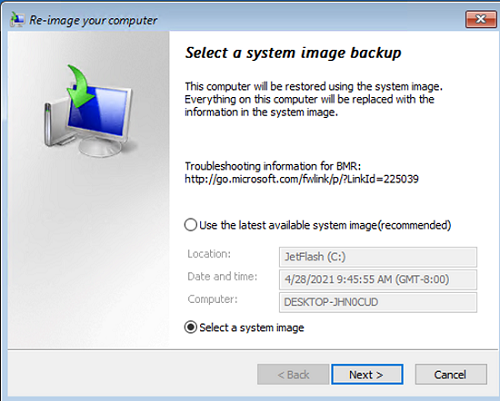 Select the image to be restored from the list of available images. 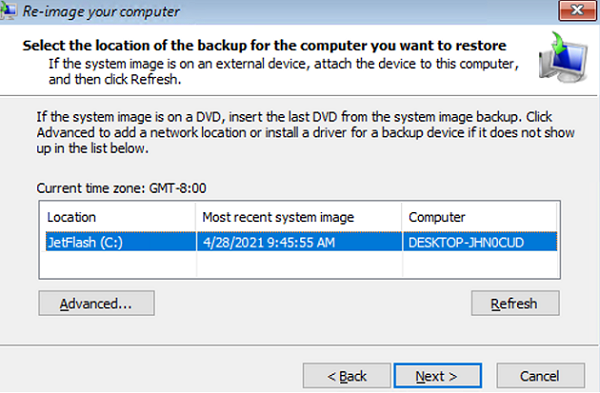 Check the option Format and repartition disks if you are restoring an image to a new disk. In this case, the Recovery wizard will delete all current partitions on the disk and recreate the partition table in accordance with partitions in the image. 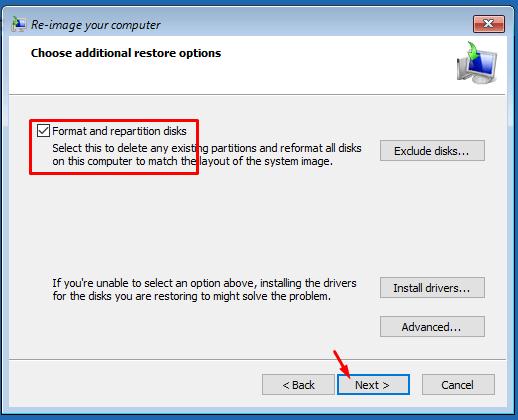 Now, you only have to confirm restoring the system from the image.

When the installation wizard completes its task, boot from your hard drive (don’t forget to change the boot device priority in the BIOS) and make sure that you have successfully restored Windows 10 from the image backup you created earlier.

If the system image backup is stored on a shared network folder, you will need to initialize and configure the network in WinPE first. Press the Shift+F10 keyboard shortcut to open the Command Prompt.

Run startnet.cmd or wpeinit.exe to initialize the network.

You can check the current network settings as follows:

To set a static IP address and specify DNS servers, use the following commands:

Now you can switch to the System Image Recovery windows and specify UNC path to your image backup folder.

How to Check Disk Performance (IOPS and Latency) in Linux?