Invalid State of a Virtual Machine on VMWare ESXi

Quite often, VMWare administrators are faced with the fact that the list of virtual machines contains VMs with the Invalid (Unknown) status. As a rule, the issue occurs after deleting a virtual machine, which data remained in the VMWare vSphere/ESXi configuration on some reason. This can also happen after you manually remove VM files from the VMFS storage after running vMotion and in some other cases. You won’t be able to delete such a VM from vSphere Web Client using the built-in tools (the Unregister option in the Actions menu is inactive).

The only way to remove such a VM is to use the SSH console of the ESXi host.

If a running virtual machine gets the Invalid status, it is likely that the VM configuration file is corrupted. To resolve the issue:

If the problem of the Invalid VM appeared after losing access to VMFS storages, when the access is restored the started VMs will run and the stopped ones will become isolated. You will have to manually remove them from the inventory and manually register them by finding the VMX file of a virtual machine in the VMFS storage, right-clicking it and selecting Register VM. Then start the VM and make sure that it is available. 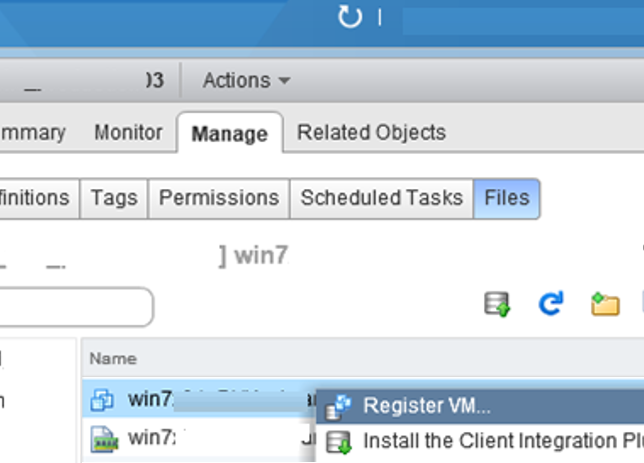 Managing Printers and Drivers with PowerShell in Windows 10 / Server 2016

How to Install VMWare ESXi in a Hyper-V...

Solved my issue within seconds. Thanks.

This fixed ,my problem in 1 minute – Thank you

Thank you so musch, the first solved my problem!

this kind of article should be official on vmware KB, thank you

Great article! Worked perfectly! Had 2 invalid VM’s on my home lag and got rid of them instantly!