VMware ESXi: How to Kill an Unresponsive (Stuck) Virtual Machine

If the virtual machine process on the ESXi server freezes, it stops responding on vCenter Reset/Power Off commands, and returns one of the following errors to any action:

In such cases, you can manually kill the virtual machine process on the ESXi host from the ESXi Shell or PowerCLI command prompt.

First you need to determine on which ESXi host the hung virtual machine is running. To do this, find the VM in the vSphere Client interface. The ESXi host name on which VM is running is specified on the Summary tab in the Related Object -> Host section. 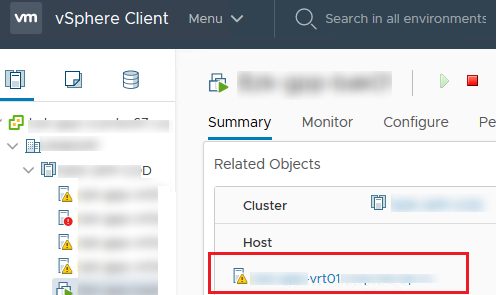 Next, SSH access protocol must be enabled on your ESXi host. You can do it from the vSphere interface. Click on the ESXi host name, go to Configure -> Services -> SSH -> Start. 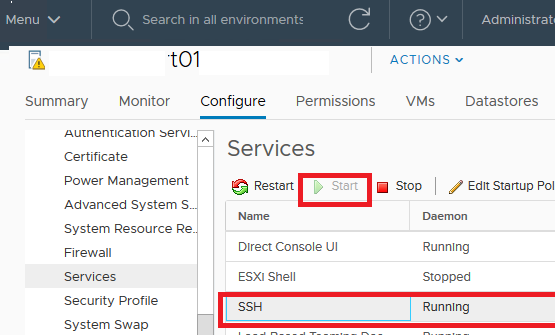 Now you can connect to this host via SSH using the putty client. List the VMs running on the ESXi host:

Copy the “World ID” of the problem virtual machine.

To terminate the process of a hung virtual machine on an ESXi host, use the following command:

There are three kill types of the VM process:

Make sure that there are no active snapshots, backups, and similar tasks for VM, and VM not in the “Virtual Machine disks consolidation is needed” state. Otherwise, you can break your VM and you will have to restore it from backup.

Let’s try to softly stop the VM with the specified ID:

The VM should be powered off.

You can stop the frozen virtual machine using the PowerCLI (this is convenient, because when connecting to vCenter you don’t need to find the hostname on which the VM is running and enable SSH shell on it). Check that the VM is running:

Force stop the VM process with the command:

Also, you can stop an unresponsive VMWare virtual machine using the ESXTOP utility.

Open the SSH session, enter the esxtop, press “c” to display CPU resources and then SHIFT+V to display only virtual machine processes.

Then press “f” (to select fields to be displayed), “c” (to display the LWID- Leader World Id) and then press ENTER. 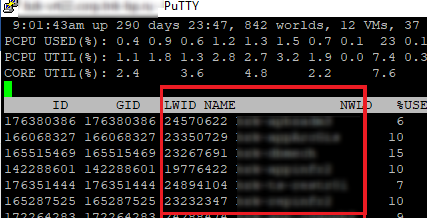 In the Name column, find the virtual machine to be stopped and note its LWID number in the corresponding column.

Now you have to press “k” (kill) and enter the LWID number of the virtual machine that you want to force shut down.

And the last way of VM “hard“ power off is to use the kill tool. This method will stop not only the VM, but also all child processes.

Get the parent process ID of the VM:

After such a “hard reset”, the installed OS will boot in the Recovery mode. In the case of guest Windows, the screen will look like this. 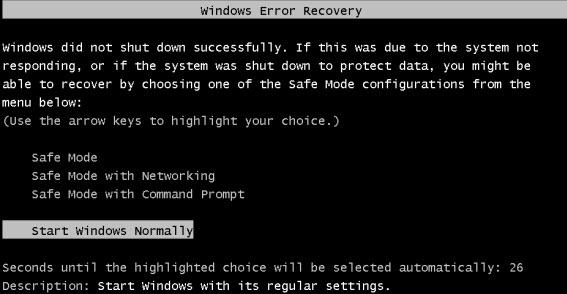 VMware PowerCLI: How to Install and Manage vSphere...

You can also use: esxcli or PowerCLI.