Recently I’ve faced a quite interesting problem when some users are unable to authenticate on some domain services due to exceeding the maximum size of the Kerberos ticket. In this article, we’ll show you how to determine the size of a Kerberos ticket for a specific user and increase the buffer to store the token using the MaxTokenSize parameter.

In our case, the problem has shown itself in this way. Some users were unable to access some of the domain services. 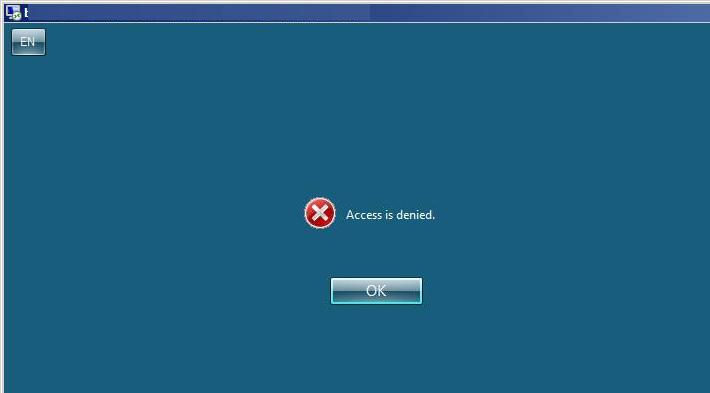 While troubleshooting the problem, we noticed that all problem users belonged to a large number of Active Directory security groups (more than 200 including nested groups). Together with SSPI token too large errors, this clearly indicates that the maximum length of the Kerberos ticket used to authenticate user has been exceeded.

The size of the Kerberos token depends on the following things:

By default, the size of the Kerberos buffer (MaxTokenSize) is:

Thus, if the user is a member of a large number of groups that do not fit into the MaxTokenSize token buffer, then authentication fails when accessing some resources.

There is a hard limit to the number of AD groups a user can be a member of. The limit is 1015 groups (including nested groups). If the number of groups is exceeded, an error appears when the user logs on to Windows. If you add a user to more than 1015 groups, then he will not be able to log into Windows with the error:

In this case, an entry will appear in the System event log: 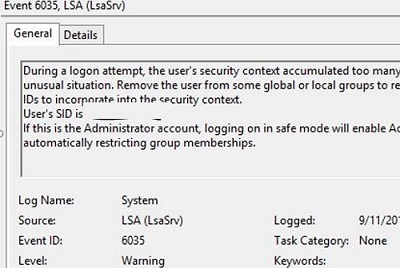 You can find out how many groups a user is a member of by using the Get-ADUser cmdlet from the AD PowerShell module.

Windows don’t have a handy built-in tool that allows you to get the Kerberos token size for a specific user. To get the current Kerberos ticket size, you can use the Powershell script CheckMaxTokenSize.ps1 (the script was originally written by Tim Springston and uploaded to the script gallery on TechNet). But now the script is not available there, so I copied it to my GitHub repository (https://github.com/maxbakhub/winposh/blob/main/CheckMaxTokenSize.ps1).

The script allows you to get the current size of the specified user’s token, the number of security groups in which it is included, the number of SIDs stored in the user’s SIDHistory, and whether the account is trusted for delegation.

Download the script file and save it as CheckMaxTokenSize.ps1. Allow unsigned scripts to run in the PowerShell execution policy for the current session:

Go to the directory containing the script:
Cd c:\install\ps
And get the size of the Kerberos ticket for the user jsmith:
.\CheckMaxTokenSize.ps1 -Principals 'jsmith' -OSEmulation $true -Details $true

The script prompts to specify the environment for which the size of the user token has to be calculated. There are three options:

If you still have legacy Windows Server 2008 R2 and Windows 7 on your network, you need to select option 1 and press Enter. After a while (3-4 minutes), the script will return the following info:

In this case, jsmith is a member of the 957 domain security groups and has a Kerberos ticket size of 22648, which is almost 2 times larger than the default maximum Kerberos token size in Windows 7 and Windows Server 2008 R.

If possible, try to reduce the size of the user Kerberos token by:

How to Increase the MaxTokenSize of the Kerberos Ticket?

You can increase the maximum buffer size for the Kerberos token by using the MaxTokenSize registry value.

Microsoft doesn’t recommend setting MaxTokenSize to more than 64 KB. It is recommended to first increase the limit to 48Kb (limit for Windows 8 and Windows Server 2012) and check the operation of the services. To increase the buffer size:

You can find out the current buffer size for the Kerberos token by getting the value from the registry using the following PowerShell command:

This change should be performed on all hosts that have authentication problems. 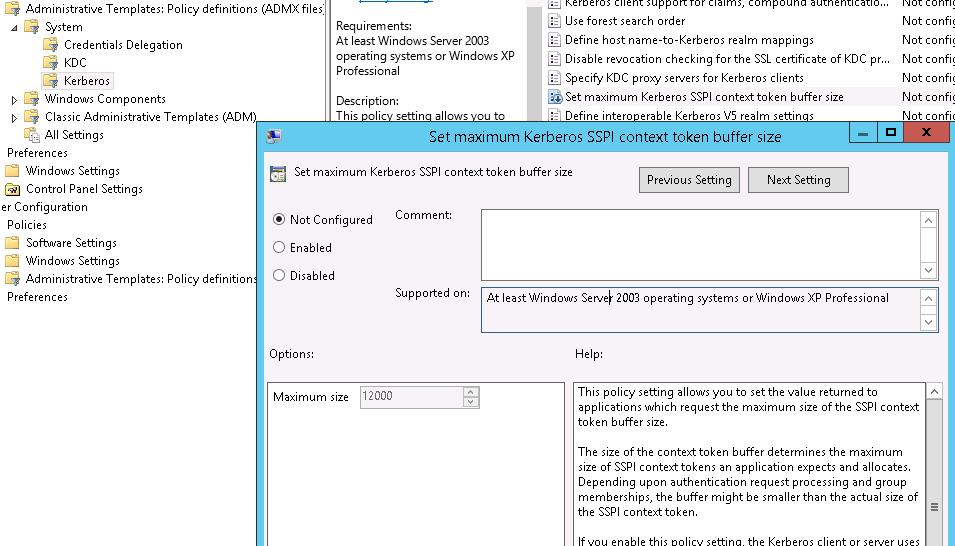 By using the Warning for large Kerberos tickets policy, you can write oversized ticket alerts to the Event logs. 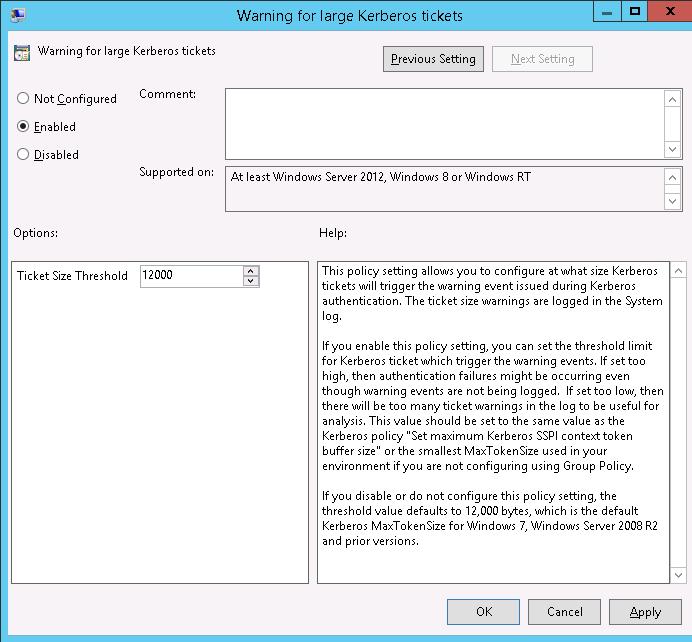 After updating Group Policy settings, if Windows detects that the Kerberos ticket threshold size has been exceeded, Event 31 will be logged:

To solve this problem, you need to increase the values of the following registry parameters in the reg key HKEY_LOCAL_MACHINE\System\CurrentControlSet\Services\HTTP\Parameters:

It is not recommended to immediately set the maximum available values for these registry parameters. Large header sizes greatly reduce the performance and security of the IIS web server.

It is recommended to start with a value of 32 KB (32000) for each of these parameters. After making the changes, you need to restart the IIS server.

If the problem persists, try gradually increasing the limit size to 48000 bytes.

How to Restore Default Fonts in Windows 10 and 11?

i can not download the ps script CheckMaxTokenSize.ps1 from the link.

Who can send it to me ? thanks

I updated the articles and copied the CheckMaxTokenSize.ps1 script to my GitHub repository. Use the link in the article