It is not the first time when I come across the following issue in Windows Server 2008 R2 / Windows Server 2012/R2: after the installation of updates or some roles/components, a server prompts to be restarted. Then the message “Preparing to configure Windows. Do not turn off your computer” appears and the server gets stuck for hours. However,  the server is accessible, but a number of services, including RDP, are unavailable.

As a rule, in this case the easiest way to solve the problem is to perform server hard reset. For example, you can restart a physical server remotely using HP ILO, Dell iDRAC etc., or using Hyper-V / vSphere consoles (if it is a virtual machine). However, it may negatively affect the OS operation. It is better to use a more “soft” way to reset the server stuck while rebooting. 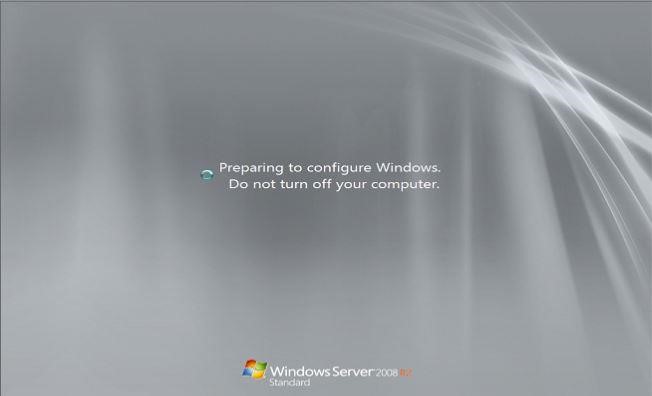 From another computer using the Services snap-in  (services.msc), connect to the stuck server remotely. 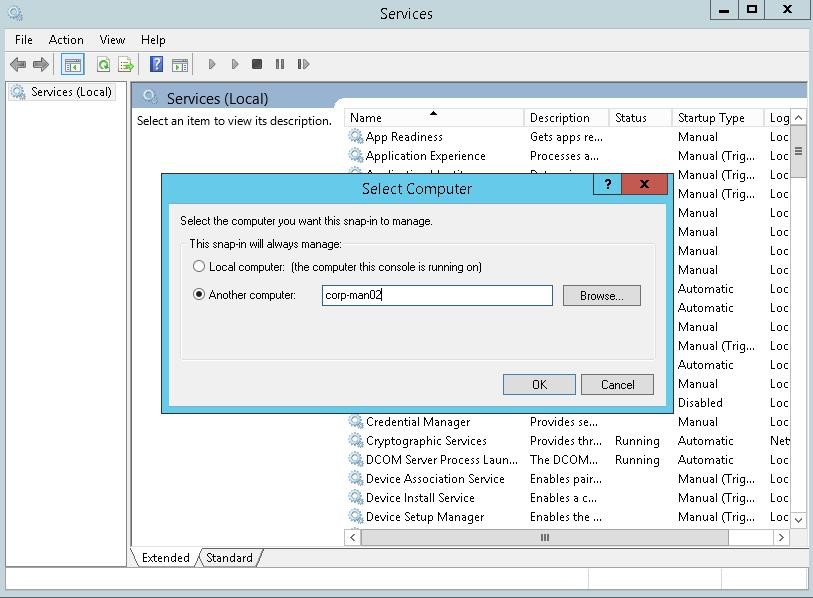 In the list of services of the server, it is easy to find Windows Modules Installer in the Stopping state. Obviously, this service prevents the server from performing the correct reboot. 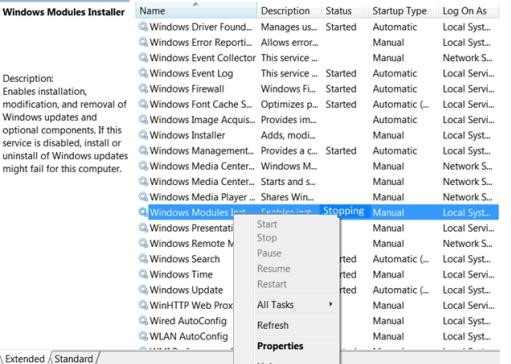 At the same time, the service control buttons are inactive. In the properties of the service, you can find the name of the executable: C:\Windows\servicing\TrustedInstaller.exe 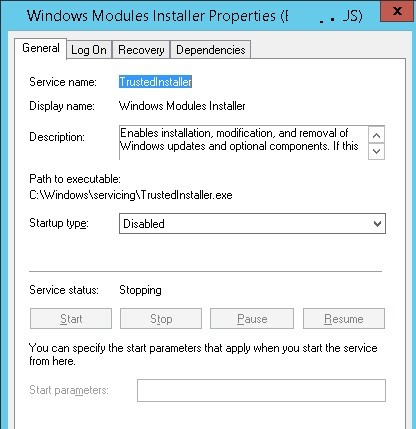 Our task is to force this process to stop. The easiest way to use the script described in the article How to kill a Windows service stuck on stopping bearing in mind that you will have to do all steps remotely.

On any computer, open the command prompt and run the following command for the server called lon-man02 to stop the TrustedInstaller.exe process .

The same can be done using Pskill from PSTools:

After that the message Shutting down will appear on the screen of the hung server, and in some moments it should reboot correctly. 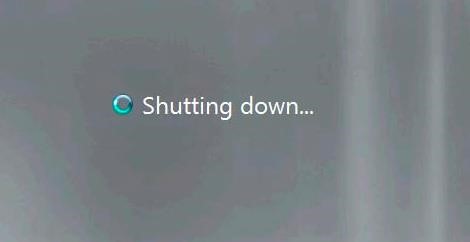 This issue appears not only on server Windows versions, but also on client Windows 7 / Windows 8 / Windows 10.

How to Run CMD/Program under SYSTEM (LocalSystem) in...

Thanks, this was helpful!

Thanks alot. You saved my a**. I almost exceeded the requested downtime.

Million tanx for the solution , it was so helpful.

Hi Sir,
Good Morning. In my case, it is only stuck but not accesible like yours.
Any advise please? thank you so much in advance

Thanks a lot. Works fine!

Mine was just a stuck GUI. Hit Ctrl-Alt-Del and the logon screen was displayed.

Thanks for help my pc stuck at this for an hour

Wow, you totally save my A**.
Thank you so much
AA

Amazing! Whoa, who knew? Thanks so much!

Thanks, worked very well for me!