Contents:
Important. This guide is not an officially supported solution on how to reduce the size of vmdk disks in VMWare. However, I used this method dozens of times. VMWare ESXi 6.7 is used in this article. 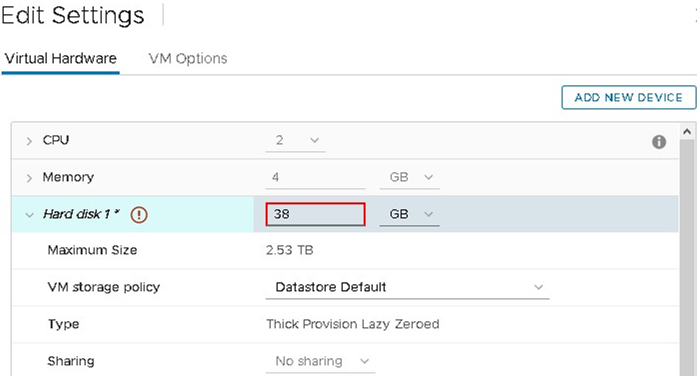 Prior to reducing the size of a virtual disk, do the following on your VMWare ESXi host:

The procedure of reducing a virtual disk size consists of two steps:

How to Shrink the Partition Size in the Guest OS?

First of all, reduce the size of the disk partition in the guest operating system. If your virtual machine is running Windows OS, use the Disk Manager diskmgmt.msc (the Shrink Volume operation is available in all supported Windows versions; sdelete tool is used in older Windows versions to reduce the partition size) or third-party tools (like Acronis Disk Director). If you don’t do it, after then your file system may crash after shrinking the virtual disk size.

Suppose, you want to reduce the disk size by 40 GB. So the volume size must be reduced by 40960 MB (40 GB x 1024). Enter this value in the corresponding field of the Shrink Volume wizard. After reducing the partition size, there will be some unallocated space (40 GB in our example) to the right of your partition. 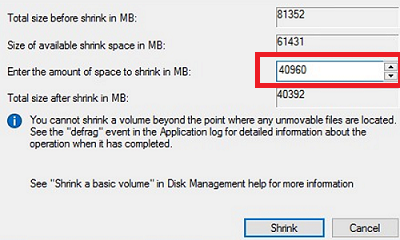 Note that the OEM or Windows Recovery partition may sometimes prevent extending or reducing the disk.

In Linux, you can reduce the partition size using parted. If LVM logical volumes are used, the scenario is different.

Reduce the VMDK File Size of the VMWare Virtual Machine

Then reduce the size of the VMDK file on the VMWare VMFS file system.

Tip. If you have used vmkfstools in the previous step, reconnect the virtual disk in the VM settings, since its new size may not be displayed correctly.
Note. The following methods are often used to reduce the size of VMDK disks:

Another way to reduce a virtual disk size of a VMWare virtual machine is to use a free GUI tool VMware vCenter Converter Standalone.

Note. The virtual machine you want to convert (change disk size, etc.) must be shut down (using Shut down or Power Off, instead of ). 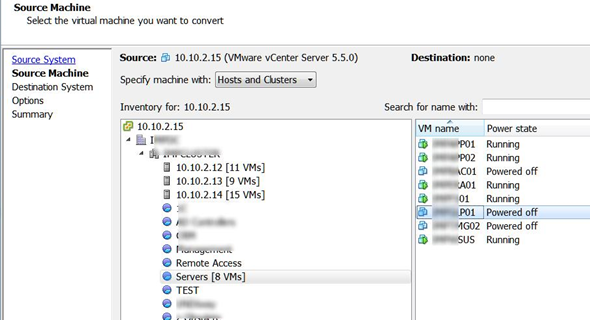 Set the parameters of your new VM. 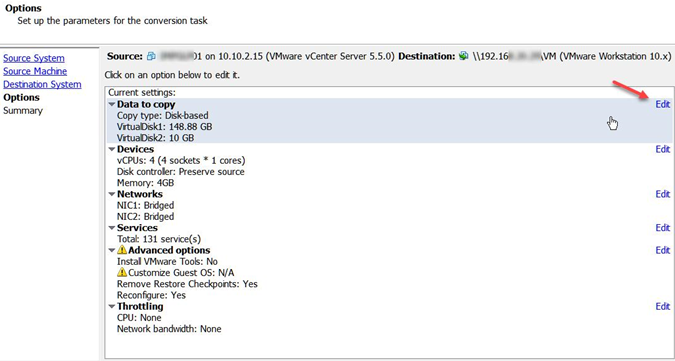 Specify the new disk size for your new VM. As you can see, 48 GB is occupied in the guest OS, and the disk size is 150 GB. We will reduce the size of the virtual disk to 60 GB. 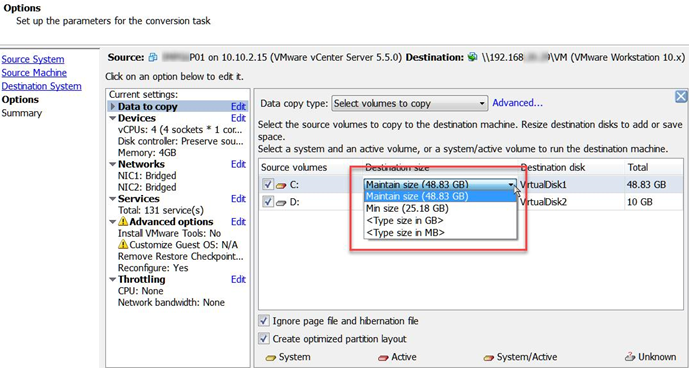 Run the VM conversion process. Then you can power off the source VM and power on the new one. Make sure that the disk size has been reduced. After that the original VM may be removed.

Mapped Network Drives are Not Showing in Elevated Programs

How to Install VMWare ESXi in a Hyper-V...

Thanks for article. Note that ssh won’t connect to the ESXi host by default for security purposes.
https://kb.vmware.com/s/article/1019852

For some reason i do not get that second option on my VMware vCenter Converter Standalone. Dont know if that is a license thing or something else. Do i perform same procedure for a linux vm ?

Thank you! better service than some premier support I won’t mention

Thank you for this helpful article. I’ve used it a few times now. Some comments:
– It seems like the “Pros” and “Cons” above are transposed
– If you use vVols in your environment, you may wish to move the VM to regular storage first as resulting VM may not tolerate snapshots
– I usually shrink the drive in Windows more than needed, then come back at the end and expand it just to be safe

Successfully shrunk my HDD, thanks!
But there is still unallocated space.
How can I delete it?
I’ve tried reconnecting the HDD in the VM settings.

I converted the VM with the remaining unallocated space into a template.
The unallocated area disappeared from the deployed VM.
I think I’ll deal with this for now.
Sorry for the inconvenience.
– use translation tool

Perhaps you just needed to refresh the data in the disk management console.