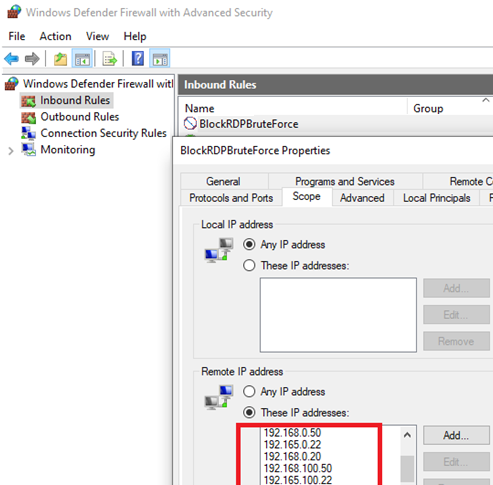 Can anyone post the whole script in its entirety once its working?

On the last part:
Set-NetFirewallRule -DisplayName “BlockRDPBruteForce” -RemoteAddress $current_ips
I’m getting the error: The address is invalid. Addresses may be specified as IP addresses, ranges, or subnets.
somehow it’s not parsing it correctly, anyone has run to this?

$getip returns nothing. Looking at the log entries and none of the 4625 entries have an IP address in them, how is this possible?