An error you see when trying to boot an OS may also look like this:

The same error on Lenovo computers or laptops says the following:

The most common reasons why an OS cannot boot with the “Operating system not found” error are:

First of all make sure that:

If you did everything described above, and your Windows still doesn’t boot, you will have to restore the Windows bootloader and disk boot record.

In order to repair your bootloader, you will need a Windows install media (on a CD/DVD/ bootable USB drive) or rescue disk with the same OS version you have installed on your drive (or newer).

Change the boot order in BIOS (UEFI), boot from your installation/rescue disk and run the command prompt (if you are using Windows 10 install media, press Shift+F10 on the language selection screen). 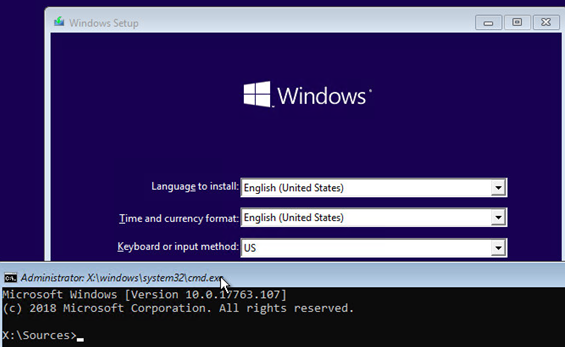 First of all, you must detect the type of the partition table on your disk: GPT or MBR. The method for restoring the Windows bootloader depends on it.
Run:
diskpart
Enter this command: list disk
If there is an asterisk (*) in the Gpt column for your disk, than the GPT partition table is used, otherwise it is MBR.

Exit the diskpart session:
exit
Judging by the disk size, Windows is likely to be installed on E: drive. Check it by running this command:
dir e:

As you can see, there are Windows, Program Files, Users and other standard folders on the drive.

So we have detected the disk layout type and the drive letter of the disk Windows is installed on. Depending on the disk partition table you have, go to the corresponding section of this article.

How to Repair the Windows Bootloader on the MBR Disk?

We suppose that your computer is using BIOS and the disk partition table is MBR.

Here is a detailed article on “How to Rebuild BCD File and MBR on a BIOS-based computer?”.

In this article we don’t show how to re-create the System Reserved partition, since you can place the bootmgr on a drive with Windows installed. 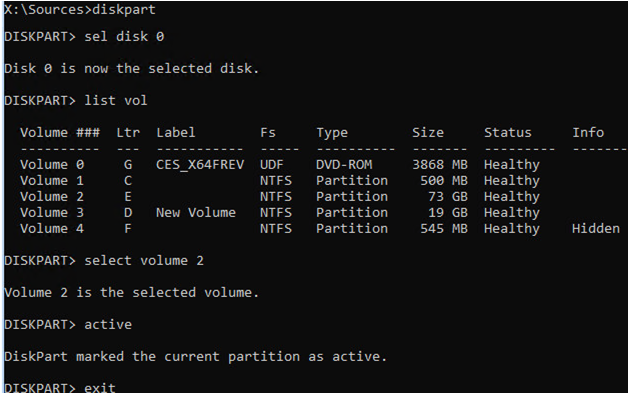 Restart your computer and make sure that Windows has booted correctly and the “Operating system not found” error has not appeared.

How to Repair the EFI Bootloader on a GPT Disk of UEFI Computer?

If your disk has the GPT partition layout, it means that your computer is using the UEFI architecture instead of BIOS. You can find the complete guide on how to restore Windows 10 bootloader on a UEFI-based computer in the following article: How to Repair Windows 10 UEFI Bootloader? Let’s consider the main steps in brief.

First of all, find a FAT32 hidden partition and assign a drive letter to it (the size of this partition is 100-300MB, it is used to store the Windows bootloader which is called by the EFI bootloader).

For example, you have detected that it is Volume 1 with the label BOOTSTRAP. 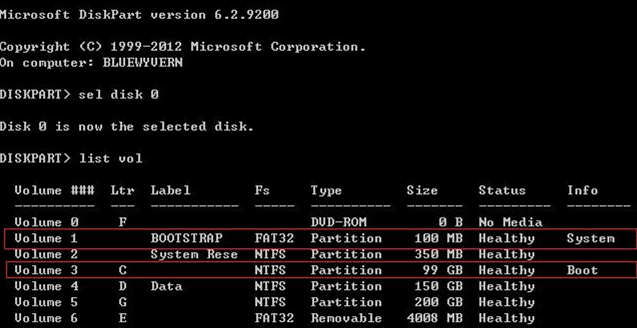 Select this EFI partition and assign a drive letter to it:

The E:\Windows path is used, since earlier we detected that in this example Windows was installed on E: drive.

Reboot your computer, remove the boot media (USB flash drive) and make sure that Windows has booted correctly.

Thanks a lot…Your step by step guide was great

thanks a lot – worked for me where I had tried everything else !

Just a small tip of advice for you guys. It’s possible that the command “bootrec.exe /FixBoot” returns an “Access Denied” error. It happens because of the original permissions table on NTFS filesystems. If this happens, you can solve it by running this command: “bootsect /nt60 all”

Then you can run the “bootrec.exe /FixBoot” command as usual.

super. Your work cannot be overestimated

Thank you so much my pc is running again.

Thank you that saved my day

what a relief..,my computer returns bac k like magic.

Thank u very much.guided step by step.Now my pc boots again Thank u.

You guys brought my PC BACK!!!!

Thanx, i follow step by step and then solve, my VM ready to go…

Guys… thank you so much. I was losing a year of work.. after 2 days of reading and learning, this is the guide. Thank you again you saved me!!!

saved me a lot of time and pain. thank you so much

Thank you so much 🙏
i wasn’t able to boot from my HDD after making some alterations to the partition.
Following your steps got it working again!