In this article we’ll consider the procedure of deployment and configuration of a corporate KMS server able to activate new Microsoft server platform Windows Server 2016. All major peculiarities of KMS activation described in the article FAQ on KMS Activation are fully applicable to Windows Server 2016 as well.

Windows Server 2016 can itself be a KMS activation server (KMS host) if it has a configured Volume Activation Services role, or be activated on another KMS server (there are some additional requirements).

It’s enough to install Volume Activation Services role. You can do it either in Server Manager or PowerShell (faster and easier): 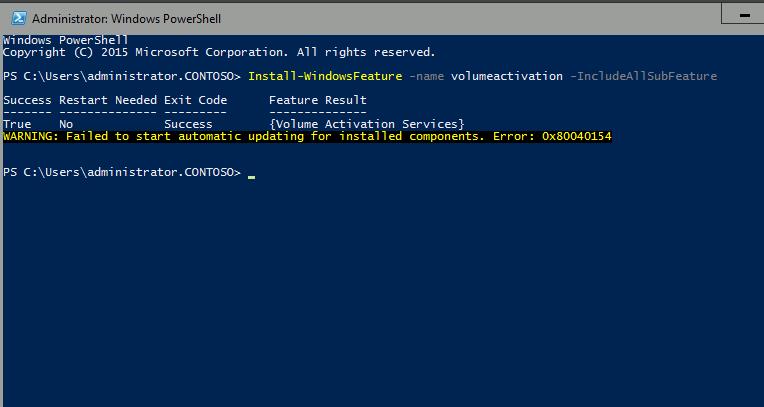 Note. In my case when trying to configure Volume Activation Services role using the graphic wizard, the error “vmw.exe has stopped working” appeared. I couldn’t find a way to avoid it, so further configuration was performed in the command prompt. 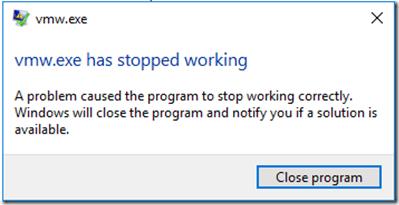 If you already have a KMS server deployed in your enterprise and running one of the earlier Windows versions, you don’t need to deploy new Server 2016 with the KMS server role. You can upgrade the current server to support KMS activation of Server 2016.

If your KMS server is running Windows Server 2012, install two updates following the links in these KBs:

If your KMS host is deployed on Windows Server 2012 R2, install the updates from the following KBs:

After installation or update of your KMS server, activate it with CSVLK (so called KMS Host Key). You can get this key on Microsoft Volume License (VLSC) website. The key you need is called Windows Srv 2016 DataCtr/Std KMS and is located in License -> Relationship Summary -> Product Keys.

Then install the key using this command:

and activate your KMS server

If you system is autonomous, you can activate your KMS server by phone. First, get the Installation ID

cscript.exe %windir%\system32\slmgr.vbs /dti
And call Microsoft Activation Center in your country (there is a list of phone numbers in %windir%\System32\SPPUI\Phone.inf) and get your confirmation ID 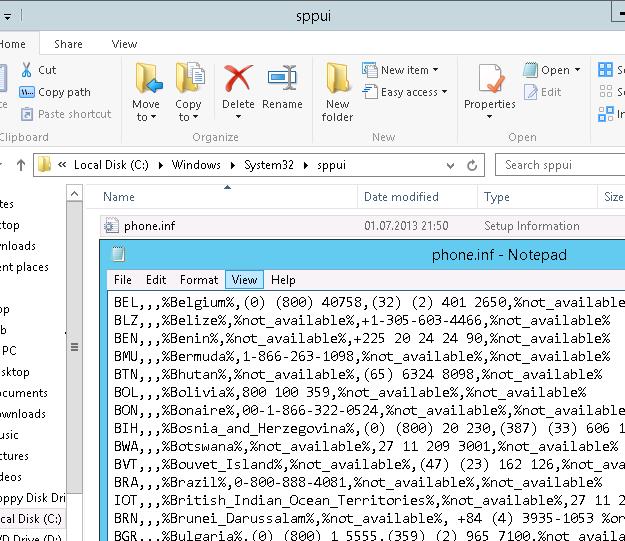 You can make sure that KMS server activation has been successful using the command: 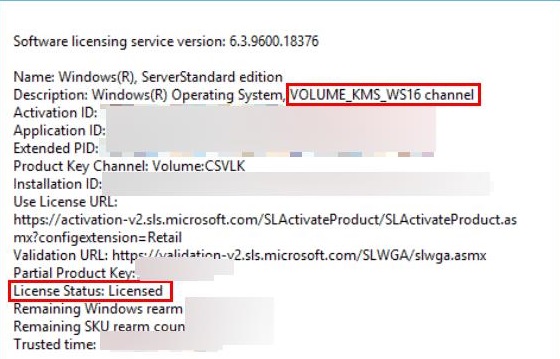 If the KMS host activation has been successful, you will see the values VOLUME_KMS_WS16 channel and License Status: Licensed.

After the activation, KMS server can activate computers running Windows Server 2016. To activate a client, it should have a special public KMS installation key (shown below).

You can enter the installation key as follows:

The list of public KMS keys for different Windows Server 2016 editions is shown in the table below:

Like Windows 2012, Windows Server 2016 supports automatic activation in the domain using AD — Active Directory Based Activation (ADBA). As earlier, Volume Activation Services has to be configured for successful activation.

The first command has an extra space in it. Should be as follows:

Thanks! I fixed the command.

Great article write up. Thanks!