Open the PowerShell console and display the list of configured VPN connections in Windows: 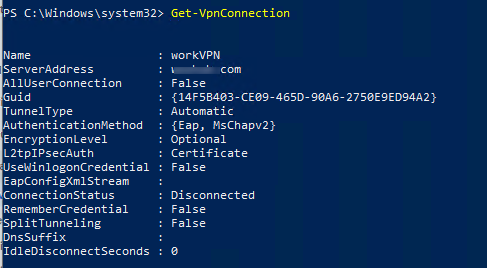 First of all, uncheck the Use default gateway in the remote network option. You can do it in the VPN connection properties in the Control Panel or using the PowerShell command Set-VpnConnection:

Learn more about SplitTunneling in the article No Internet Connection After Connecting to VPN. 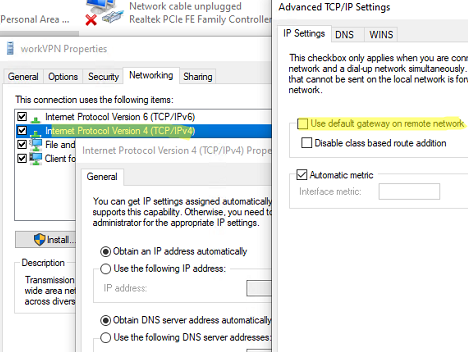 In the DestinationPrefix option, specify a subnet or a host IP address you want to route traffic to through the VPN. To add a single host by IP address, use the following format: 10.1.1.26/32.

If your VPN connection is active, you will need to reconnect so that new routes are added to the routing table. 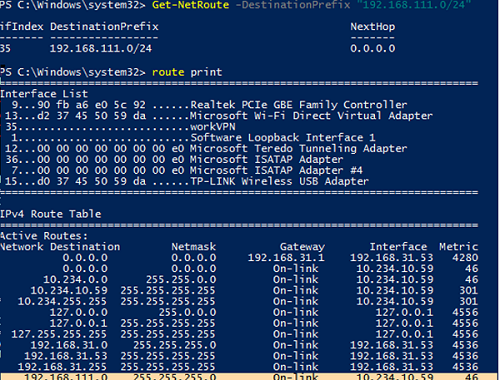 New routes are bound to the VPN connection and are added only when the connection is established. When you disconnect from the VPN server, the routes are automatically removed.

Disconnect from the VPN and check the routing table. The route to your remote network has been removed automatically, and Get-NetRoute returns that the route was not found: 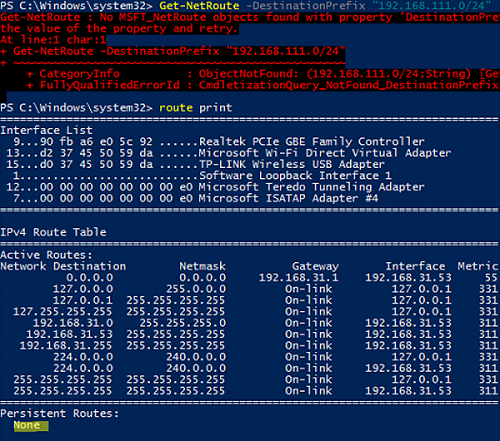 To completely remove a static route for a VPN connection, use the command:
Remove-VpnConnectionRoute -ConnectionName workVPN -DestinationPrefix 192.168.111.0/24 -PassThru

If you want to change the order of DNS name resolution with an active VPN connection, read this article.

In previous Windows versions (Windows 7/ Windows Server 2008R2), to dynamically add routes after establishing a VPN connection, you had to use the CMAK and various scripts with add route commands.

For example, you can create a batch file vpn_route.netsh to add some static routes.

You can run this file using the Task Scheduler that triggers after the VPN connection is established (the RasMan 20225 event in the Event Viewer).

How to Connect to Azure AD Using PowerShell?

How to Backup (Export) and Restore Device Drivers on Windows 10?